This is a first post in a series of how Vim can make programmer’s life easier. Vim strikes a nice compromise between simple editor and monolithic IDEs. I find this tool very helpful during my day to day developers tasks. I don’t treat it as a replacement for my favorite IDE but rather as a supporting tool. In this post I would like to introduce folding - very nice and useful feature.

Folding lets you define which parts of the file you can see. For example in a method you can hide everything inside curly braces letting only definition of function be visible. 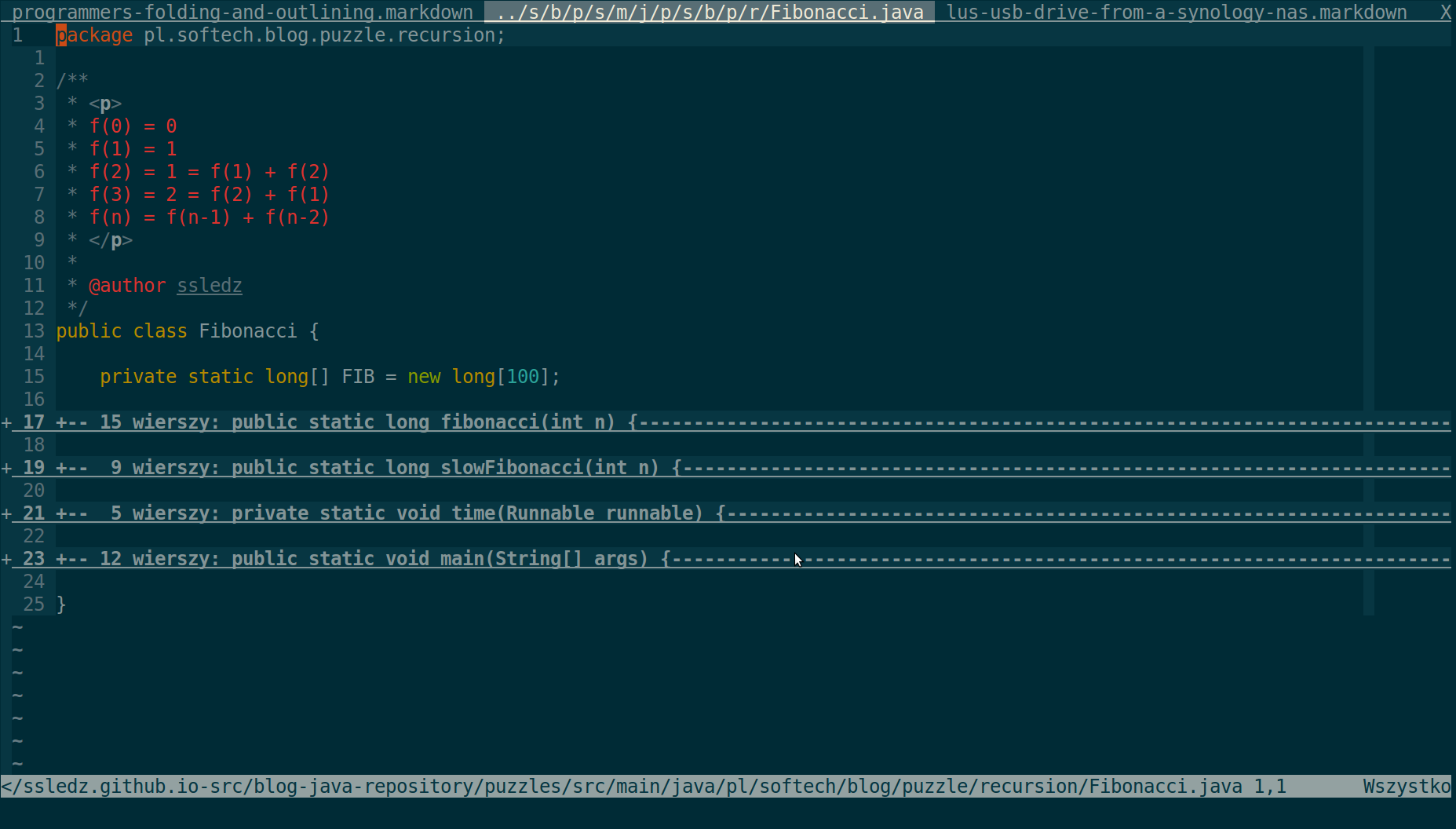 When you use fold command, Vim hides given text and leaves in its place a one-line placeholder. The hidden text now can be managed by this placeholder. In a screenshot above, you can spot four folded methods~(there are four one-line placeholders). The first one - fibonacci, consists of 15 rows, takes an int as a parameter and returns a long. There is no limit on how many folds you can create. You can even create folds within folds~(nested folds).

To do this just move cursor to the beginning of if statement and execute:

The result should be similar to the one shown below

Let’s try more sofisticated command - fold block of code. Position the cursor over the beginning or ending brace of a block of code and type:

There is a one thing to note. Character following zf command - % is a motion command that moves cursor to the matching brace.

To learn more about folding and generally about vim, I recommend to read Learning the Vi and Vim Editors