Reloading a bytecode in a virtual machine when application is running is very limited. In fact HotSpot(TM) VM allows only changing method bodies. To address this problem some commercial and open source tools were created. Among them is Dynamic Code Evolution Virtual Machine (DCEVM) and HotSwapAgent - very promising open source tool.

I have already some experience in using DCEVM. Some times ago I have been working for an insurance company where I was using this modified vm to develop a code in a gosu language. Gosu is another JVM language. I remember that then hot swapping worked very well.

Let’s try this tool. First we need to patch our current jvm.

In order to enhance current Java (JRE/JDK) installations with DCEVM you need to download the latest release of DCEVM installer for a given major java version,

java 7 and java 8 are supported 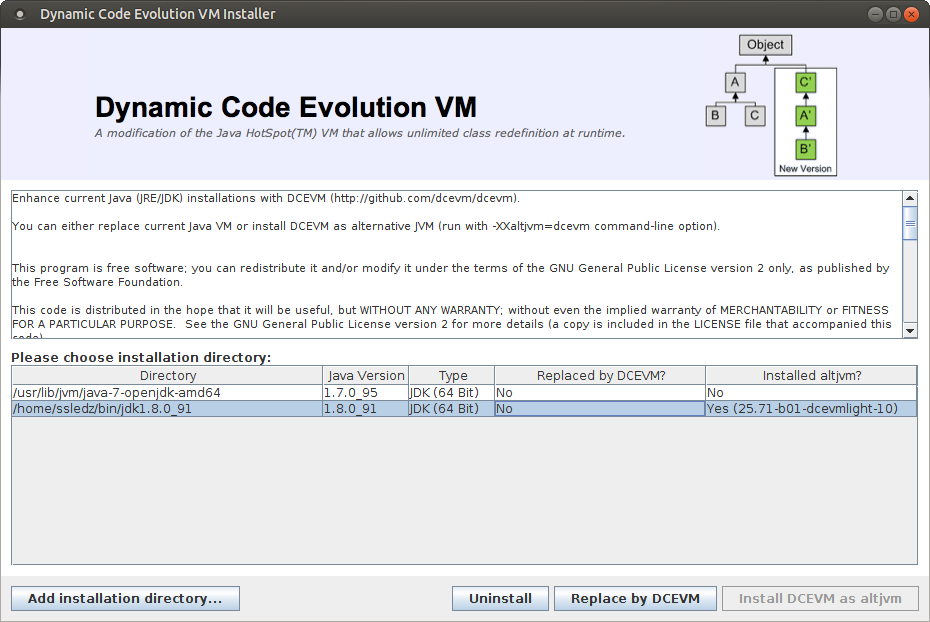 To validate the installation run:

and if everything went alright you should see something similar to below output:

Note that in the third line instead of Java HotSpot(TM) we have now Dynamic Code Evolution.

The latter one supports more features (for example, it supports removal of superclasses), but because of the maintenance issues the full edition is available for a fewer versions of jdk.

HotswapAgent does the work of reloading resources and framework configuration. So in order to have a support for reloading a spring bean definitions just after a change occurs, we need to perform one more step - download latest release of hotswap-agent.jar and put it anywhere. For example here: ~/bin/hotswap/hotswap-agent.jar.

I will use Main and Main2 classes to play with hot swapping:

And the second one:

I will test following use cases:

All tests will be performed using Intellij IDEA. Ensure that following options are set 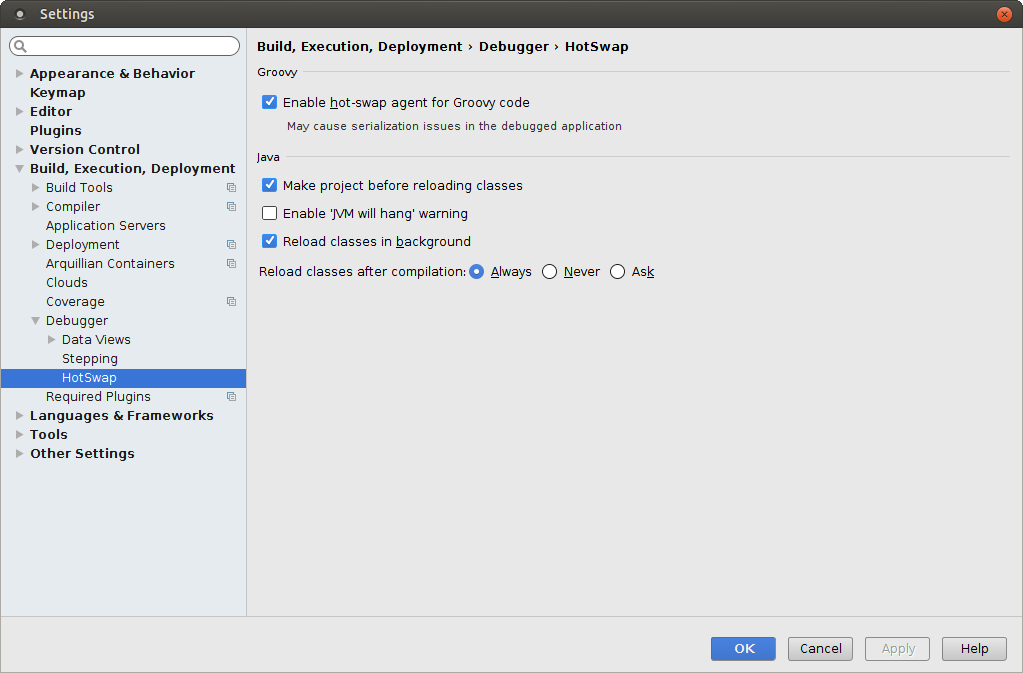 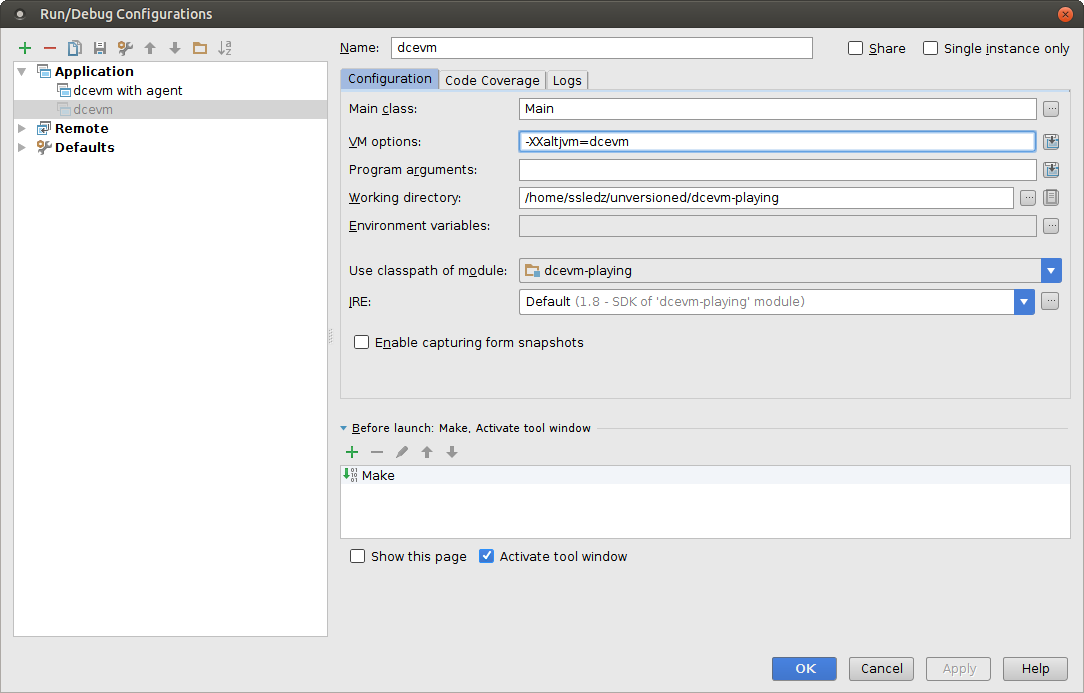 Run debug. In the console you should see following output:

Then change counter++; to counter+=2; in Foo class.

to the Foo class and call it from the mainLoop

that this kind of change was also reloaded successfully.

Run debug. In the console you should see following output:

The change was reloaded.

Revert all changes in Main2 class and run debug. Add

to the Foo class. Then hit <ctr>+<shift>+<F9> to compile, and after few seconds…

Seems that this change was also reloaded successfully.

During the play with hot swapping in Intellij IDEA you could notice that for some circumstances code would not be reloaded. Intellij IDEA has a following limitation about which you need to be aware:

About that you can read here